Between Empire and Republic: America in the Colonial Canadian Imagination (Politics) (Hardcover) 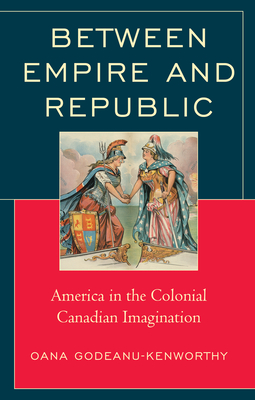 In 1837, a small group of rebels proclaimed the short-lived Republic of Canada. Between then and the Act of Confederation of 1867, colonial Canadians tried to imagine the future of their communities in North America. The choice between monarchy and republicanism shaped both colonial self-images and images of the United States; it also drove the political deliberations that eventually united the colonies of British North America into a self-governing Dominion under the British Crown. Between Empire and Republic is a thematic exploration of the political discourse embedded in the literary output of the period. Colonial authors Susanna Moodie, Th. Ch. Haliburton, and John Richardson enjoyed transatlantic popularity and explained colonial realities to their British, Canadian, and American readership. Collectively, their writings serve as the lens into colonial Canadian perceptions of American and British political ideas and institutions. Between Empire and Republic discusses North America as a literary contact zone where British principles of constitutional monarchy competed with American ideas of republicanism and democratic self-government. The author argues that political ideas in pre-Confederation Canada filtered into the literary works of the time, creating two settler-colonial communities whose recognizable cultural characteristics echoed public attitudes towards the political projects underpinning them.

Oana Godeanu-Kenworthy is associate teaching professor of American Studies in the Global and Intercultural Studies Department at Miami University, Ohio.