Science and Apocalypse in Bertrand Russell: A Cultural Sociology (Hardcover) 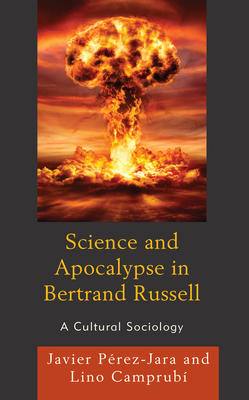 By Javier Pérez-Jara, Lino Camprubí
This Book Is Not Sold Online - Inquire In Store

Bertrand Russell (1872-1970) was a logician, a philosopher, and one of the twentieth century's most visible public intellectuals. Science and Apocalypse in Bertrand Russell: A Cultural Sociology brings those three aspects together to trace Russell's changing views on the role of science and technology in society throughout his long intellectual career. Drawing from cultural sociology, history of science, and philosophy, Javier P rez-Jara and Lino Camprub provide a fresh multidimensional analysis of the general themes of science, technology, utopia, and apocalypse. The book critically examines Russell's influential interpretations of the turn-of-the-century mathematical logic, World War I, the metaphysics and epistemology of mind and matter, World War II, nuclear holocaust, and the Vietnam War. In Russell's compelling narratives, humanity was a powder keg and the match was represented by different and successive meta-adversaries, such as religion, communism, and American imperialism. And the only way to avoid a coming global Holocaust was to follow his own salvific recipes. In working around Russell's role in the cultural perception of the final destiny of humanity, Science and Apocalypse in Bertrand Russell invites the reader to think about the place of the techno-scientific sphere in human progress and decadence in both our current epoch and the distant future.