The Rosicrucian Cosmo-Conception, Or, Mystic Christianity: An Elementary Treatise Upon Man's Past Evolution, Present Constitution and Future Developme (Paperback) 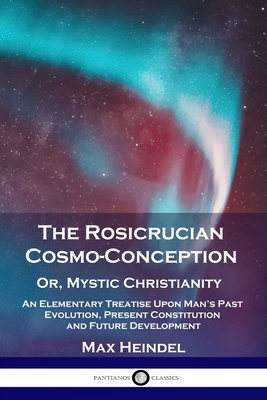 In this vigorous investigation, Rosicrucian scholar Max Heindel examines the spiritual evolution of mankind, exploring the metaphysical and supernatural aspects of reality as perceived by humans.

The emergence of Rosicrucianism in the 17th century led to interest in the unexplained and esoteric parts of nature and the physical world. The idea of a secret order of wise sages with the power to unveil truths hitherto rendered invisible was exciting; the mystique around the order, and the ambitious claims it made, fascinated many. Various adherents claimed that the order originated from ancient primordial traditions of ancient Egypt and Middle Eastern civilization.

A resurgence of interest in the occult in the late 19th century also marked a revival in Rosicrucian ideas; Max Heindel was at the vanguard, departing his engineering trade to investigate matters of great spiritual depth. This work may be considered a summation of Rosicrucian ideas; suffusing ancient traditions of Christianity with an overarching thesis of man's spiritual evolution through the ages. Notions of attainment, that the achievement of self-consciousness is a step on the path to an ascent to Godhood, are explained in great detail. Mystical worlds and spiritual planes that exist outside of physical reality, together with pertinent symbolism, are examined.