The Quaker Colonies: History of the Early Quaker Settlements in New England and the Delaware River (Paperback) 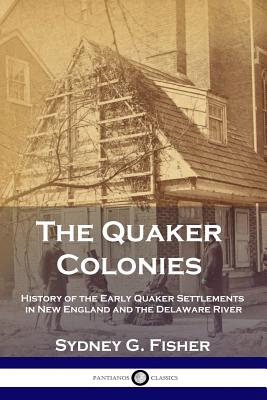 Sydney G. Fisher describes the arrival and settlement of the Quaker denomination in colonial North America during the 17th and 18th centuries.

The initial chapter of Fisher's work is enmeshed with the establishment of the Quaker movement within the United Kingdom. Formed in opposition to the Puritan ideas, Quakerism formed in the wake of the chaos of the English Civil War. At the same time, colonists were encouraged to travel to North America, that Britain's holdings be expanded in size and the new continent's great wealth be enjoyed by the settlers and the wider Empire.

Second only to the Puritans in terms of number, many Quakers departed England after suffering persecution - eager for a fresh start, it was thus that thousands acted to bolster the settlements of Philadelphia, New Jersey as well as smaller towns on the Delaware river. They became successful traders and planters, and the presence of the Society of Friends in the modern cities is clear to behold to this day. The cover photograph of this edition is of a Quaker almshouse in Philadelphia, built in 1713.

A clearly written and easily digested history, Fisher wrote to entertain and inform ordinary Americans seeking to know about their nation's colonial history.