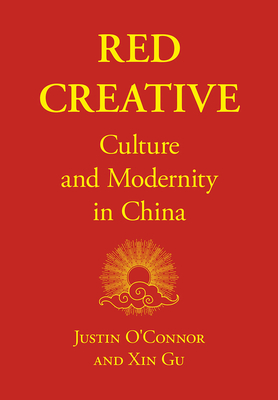 By Justin O'Connor, Xin Gu
This Book Is Not Sold Online - Inquire In Store

Red Creative is an exploration of China’s cultural economy over the last twenty years, particularly through the lens of its creative hub of Shanghai. The research presented here raises questions about the nature of contemporary ‘creative’ capitalism and the universal claims of Western modernity, offering new ways of thinking about cultural policy in China.

Justin O’Connor is professor of cultural economy at the University of South Australia and visiting chair in the Department of Cultural Management at Shanghai Jiao Tong University in China. He is the coeditor of many books, most recently Cultural Industries in Shanghai: Policy and Planning inside a Global City, also published by Intellect.

Xin Gu is a lecturer in the School of Media, Film and Journalism at Monash University in Melbourne, Australia. She is the coeditor of many books and special issues, including Re-imaging Creative Cities in Asia.

"Rather than another book about an apocalyptic and malevolent China, Red Creative is intensely attuned to the cross-currents of politics and culture in the country, and the ways in which revolutionary traditions and alternative modernities still influence the way in which culture is produced and politics is understood."
— Tribune (UK)

"A stunning piece of synthetic scholarship. It’s an essential overview of the limitations of major bodies of western thought in understanding Chinese history, culture, and society, especially the ways concepts of culture and creativity have been mobilized in China over the last twenty years."
— David Hesmondhalgh, University of Leeds

"The book's scope is as remarkable as its depth. It presents an authoritative view of contemporary Chinese cultural policy and the development of the creative industries approach/agenda in China and the Asian region generally. It is a carefully crafted, fully researched analysis and assessment of a culture often treated as an object of fantasy by western intellectuals."
— Julian Meyrick, Griffith University