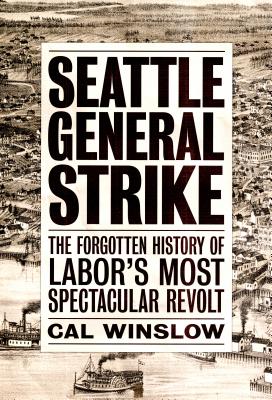 A thrilling account of one of the most dramatic chapters in the history of American labor, retold for the strike's 100th anniversary

One hundred years before the dystopian promise of Seattle's wish-fulfillment centers, the city seemed on the precipice of another future entirely. For five days in February 1919, the emerald city's working class struck across all trades and sectors; as production came to a stop, the real work began: committees were organized to feed the hungry, others to keep the peace and tend to the sick. To the terror of Western tycoons, it seemed as if a red star was flying over Seattle.

Cal Winslow retells this tragically forgotten story with fresh eyes. Drawn from original research, Winslow does justice to the leading role that women, black, and Japanese-immigrant workers played in the upsurge, just as he shows the multitudinous histories of resistance that were bound together by the act of the strike. An unprecedented "history from below," The Soviet in Seattle shows that what E.P. Thompson called "the long tenacious revolutionary tradition of the common people" was never foreign to American shores.

Cal Winslow is Director of the Mendocino Institute and Fellow in Environmental Politics, Institute of International Studies, UC Berkeley. Among his books are Labor's Civil War in California and Rebel Rank and File.