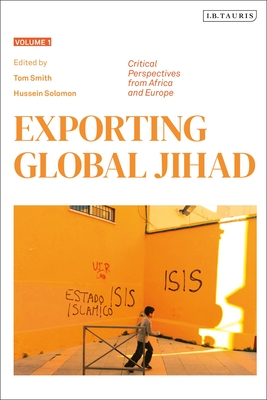 By Tom Smith (Editor), Hussein Solomon (Editor)
This Book Is Not Sold Online - Inquire In Store

This timely 2 volume edited collection looks at the extent and nature of global jihad, focusing on the often-exoticised hinterlands of jihad beyond the traditionally viewed Middle Eastern 'centre'. As ISIS loses its footing in Syria and Iraq and al-Qaeda regroups this comprehensive account will be a key work in the on-going battle to better understand the dynamics of the jihads global reality. Critically examining the global reach of the jihad in these peripheries has the potential to tell us much about patterns of both local mobilisation, and local rejection of a grander centrally themed and administered jihad. Has the periphery been receptive to an exported jihad from the centre or does the local rooted cosmopolitanism of the jihad in the periphery suggest a more complex glocal relationship? These questions and challenges are more pertinent than ever as the likes of ISIS and many commentators, attempt to globally rebrand the jihad and as the centre reasserts its claims to the exotic periphery.

Edited by Tom Smith (Portsmouth), Kirsten E. Schulze (LSE) and Hussein Solomon (UFS) the two volumes critically examine the various claims of connections between jihadist terrorism in the 'periphery', remote Islamist insurgencies of the 'periphery' and the global jihad. Each volume draws on experts in each of the geographies in question. The global nature of the jihad is too often taken for granted; yet the extent of the glocal connections deserve focused investigation. Without such inquiry we risk a reductive understanding of the global jihad, further fostering Orientalist and Eurocentric attitudes towards local conflicts and remote violence in the periphery. This book will therefore draw attention to those who overlook and undermine the distinct and rich particularities of the often-contradictory and cosmopolitan global jihad. In many of the peripheries, particularly those with intensive large-scale insurgencies, there is extensive international military alliance. The Bush doctrine to 'fight them over there, so we don't have to fight them over here' certainly looks to be alive and well in places like Somalia, the Philippines and Niger amongst many others. Crucially we must ask - is such reasoning sound - is the threat global and if so in what way? Furthermore - is action in the peripheries under the guise of combating the global jihad overlooking the local issues and threatening to make a wider threat where it was otherwise contained? Diagnosing nations or regions as 'breeding grounds' or 'sanctuaries' of global jihad carries the spectre of having to chose sides in a battle of civilisations, which looms over a number of developing nations reliant on good western relations.