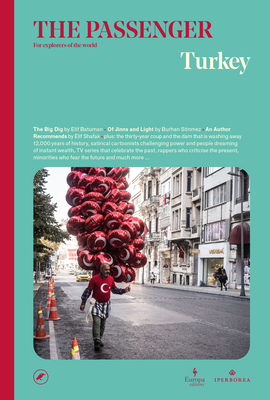 The Big Dig by Elif Batuman - A Story of Dust and Light by Burhan S nmez - An Author Recommends by Elif Shafak - plus: the thirty-year coup and the dam that is washing away 12,000 years of history, and more.

The birth of the "New Turkey," as the country's President Recep Tayyip Erdogan has called his own creation, is an exemplary story of the rise of "illiberal democracies" through the erosion of civil liberties, press freedom, and the independence of the judicial system. Turkey was a complex country long before the rise of its new sultan: born out of the ashes of a vast multi- ethnic and multi-religious empire, Turkey has grappled through its relatively short history with the definition of its own identity. Poised between competing ideologies, secularism and piousness, a militaristic nationalism and exceptional openness to foreigners, Turkey defies easy labels and categories. Through the voices of some of its best writers and journalists- many of them in self-imposed exile--The Passenger tries to make sense of this fascinating, maddening country, analyzing how it got to where it is now, and finding the bright spots of hope that allow its always resourceful, often frustrated population to continue living, and thriving.