The Death of Ivan Ilyich (Paperback) 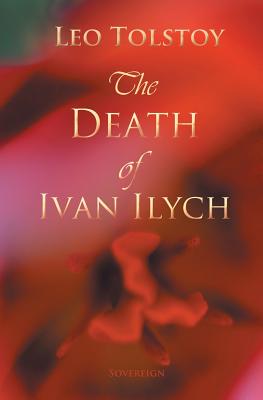 Ivan Ilyich, a high court judge, becomes seriously ill and faces a long and gruelling battle with death. The Death of Ivan Ilyich is more than a story about death, however. It leads the reader through a pensive, metaphysical exploration of the reason for death and what it means to truly live. German philosopher Martin Heidegger refers to the novella as an illustration of Being towards death.

Leo Tolstoy, a Russian writer most famous for his novels War and Peace and Anna Karenina. Both acknowledged as two of the greatest novels of all time and a pinnacle of realist fiction. Many consider Tolstoy to be one of the world's greatest novelists. Tolstoy is equally known for his complicated and paradoxical persona and for his extreme moralistic and ascetic views, which he adopted after a moral crisis and spiritual awakening in the 1870s. Tolstoy was born in Yasnaya Polyana, the family estate in the Tula region of Russia. The Tolstoys were a well-known family of old Russian nobility. He was the fourth of five children of Count Nikolai Ilyich Tolstoy.