The New Secret Language of Symbols: An Illustrated Key to Unlocking Their Deep & Hidden Meanings (Paperback) 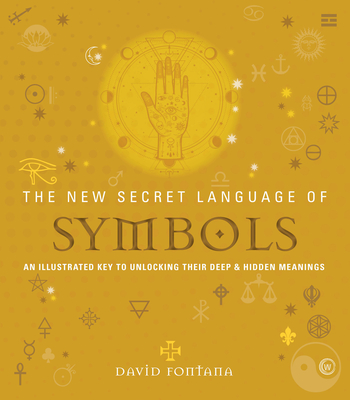 By David Fontana
$19.95
Unavailable, Out of Stock, or Out of Print

This is book number 5 in the Secret Language series.

Unlock the secret meanings of the symbols that surround us.

The New Secret Language of Symbols is a beautifully illustrated sourcebook of symbols and symbol systems. An illuminating introduction looks at the cultural and psychological explanations of symbols - including the Jungian idea of the collective unconscious. Then follows "The World of Symbols", the heart of the book in which more than 500 symbols are presented and explained theme by theme - from the elemental symbolism of the cosmos to the multiplicity of meanings associated with manmade objects and structures. We learn, for example, about the various forms of dragon in myth, the symbolism of sacred geometry, the attributes of gods, goddesses, angels and mythic heroes, the array of associations ascribed to body parts, and the significance of such practical features as the anchor or the bridge. Interspersed with these thematic treatments are more than a dozen overviews of symbolrich cultures, religions, esoteric groups and symbol systems, ranging from ancient Egypt to the Tarot. Each overview is centred upon a major image that is decoded to expose its deeper, often cryptic, meanings - thereby giving the reader revealing insights into the thinking behind some of the world's most beautiful and intriguing art, artefacts and architecture.

Throughout The New Secret Language of Symbols David Fontana has unpeeled layers of profound historical and psychological significance, probed the ancient roots of a vast range of symbols, and in the process - like a gifted archaeologist who knows exactly where to look and how to interpret what he finds - he has unearthed boundless treasures.

Professor David G. J. Fontana Ph.D. FBPS (1934-2010) was a British academic, psychologist and author. He was Professor of Psychology at the Cardiff University. He was also visiting professor at John Moores University and the University of the Algarve. His many books include The Meditator's Handbook, Teach Yourself to Dream and The Secret Language of Dreams. They have been translated into more than 25 languages.