Reliving Past Lives: The Evidence Under Hypnosis (Paperback) 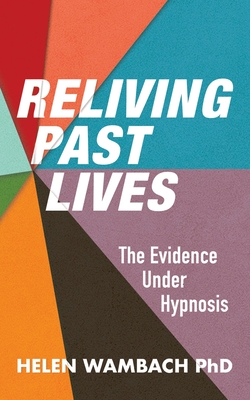 In an effort to rule out false memory, fantasy and wishful thinking often associated with past life hypnosis, Wambach devised a protocol where she chose time-specific periods from 2000 BC to the twentieth century and asked respondents where they were and what they were doing during that specific period. Race, social class, occupation, types of money used and gender were all explored. Mundane questions were asked such as:

"What types of utensils are being used?"

"Describe weaving techniques that are being used."

"What foodstuffs are commonly in use during this time?"

"What color is the brickwork of the houses?"

As expected, when taken to a specific period some respondents reported experiences while others reported nothing, prompting the question, did they report nothing because they were between lives?

Wambach reasoned that if she asked a large number of subjects questions about a specific time and place and received a sizable percentage of similar answers from subjects who weren't consciously aware of the information they were reporting, that was something worth investigating further.

Together with her book, Life before Life, the data is compelling reading for anyone pondering the validity of reincarnation and life beyond physical death.