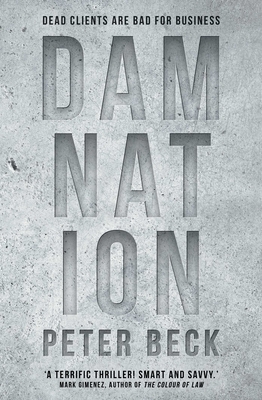 By Peter Beck, Jamie Bulloch (Translated by)
$26.99
Unavailable, Out of Stock, or Out of Print

Dead clients are bad for business, something that Tom Winter, head of security at a private Swiss bank, knows only too well. When a helicopter explosion kills a valuable client and a close colleague, Winter teams up with the mysterious Egyptian businesswoman Fatima Hakim to expose the truth behind their deaths.

Together they follow the money trail around the world and back into the Swiss mountains, the NSA watching their every move. As they start closing in on the truth, Winter and Fatima turn from being the hunters to the hunted, finding themselves in a deadly, high-stakes race against the clock.

Peter Beck studied Psychology, Philosophy and Economics in Bern, Switzerland, where he also gained a doctorate in Psychology. He was a cyclist in the Swiss Army, has a black belt in judo and an MBA from Manchester, UK. Today Peter Beck divides his time between writing the Tom Winter thrillers and helping businesses to shape their corporate culture. Damnation is his debut. He lives in Bern.

Jamie Bulloch’s translations include Look Who's Back by Timur Vermes, which was longlisted for the 2016 IMPAC award and the 2015 Independent Foreign Fiction Prize, and The Mussel Feast by Birgit Vanderbeke, which won the 2014 Schlegel-Tieck Prize. He lives in London.

‘A terrific thriller! Smart and savvy... I had to force myself to stop reading each night.’
— Mark Gimenez, author of The Colour of Law

‘Frankly brilliant. If you're into globe-trotting action, crime and espionage, then get on it – because this is the real deal and up there with the very best of the genre.’
— Robert Parker, author of A Wanted Man

‘Damnation is a brilliant thriller, everything a page turner should be… An extremely good read with a very firm sense of location...certainly up there with the best thrillers I have read.’
— TripFiction

‘Fast, smart and savvy with touches of the Bond laconic coolness. The book is extremely well-researched, especially the behind-the-scenes tensions of the banking world, and this enjoyable thriller, with a good story and plenty of action, marks Beck out as a name to watch in the action thriller genre.’
— Crime Review

‘The action is fast-paced, the high-finance dealings ring true, and Winter is an impressively modern Bond figure.’
— Library Journal

‘Damnation travels along at an enormous pace. With its background of financiers and banks all using fair means and foul to get their hands on Arab oil billions for their equity funds, this book reads like a James Bond film and is just as entertaining.’
— Mystery People

‘Great arc of suspense… Gripping from the first page to the end.’
— Lebenszeit