Beyond Britain: Stuart Hall and the Postcolonializing of Anglophone Cultural Studies (Hardcover) 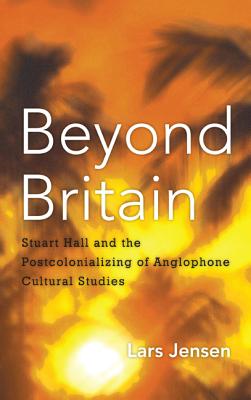 Is Stuart Hall a Cultural Studies Scholar or a Postcolonial Scholar? Or is it better to engage with his work as an intellectual of both fields? Postwar Britain witnessed the concurrent evolution of two new intellectual movements which have since become institutionalized as two major academic fields of enquiry; Cultural Studies and Postcolonial Studies. Although both fields are enormously diverse they have developed a parallel focus around the place of individuals in terms of race, ethnicity, class and gender. Beyond Britain offers a history of the major ideas that have shaped the evolution of a shared space of inquiry in British Cultural Studies and Postcolonial Studies. It uses the work of Stuart Hall, a figure a uniquely well positioned in both fields, to offer a rich cultural-historical study of the evolution of both movements. It argues that the questions which both movements have continued to preoccupy themselves, are as relevant today as they were when they first originated, which was also a moment of challenging a conformist, exclusivist, and self-sufficient nation's view of itself.

Lars Jensen is associate professor of cultural encounters in the Department of Culture and Identity at Roskilde University in Denmark. He is author of Unsettling Australia: Readings in Australian Cultural History (Atlantic, 2010) and co-editor of A Historical Companion to Postcolonial Literatures: Continental Europe and its Empires (Edinburgh University Press, 2008), Postcolonialising the Nordic (Ashgate, 2012) and the forthcoming collection Crisis in the Nordic Nations and Beyond (Ashgate 2014).