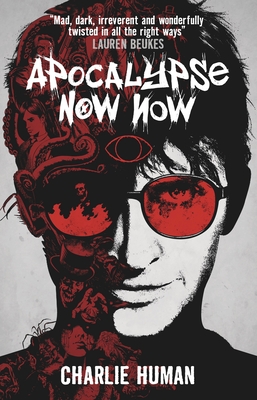 By Charlie Human
$14.95
Unavailable, Out of Stock, or Out of Print

Baxter Zevcenko’s life is pretty sweet. He’s making a name for himself as the kingpin of his smut-peddling high-school syndicate, the other gangs are staying out of his business, and he’s dating the girl of his dreams, Esme.

But when Esme gets kidnapped, things start to get seriously weird, and the only man drunk enough to help is a bearded, booze-soaked, supernatural bounty hunter that goes by the name of Jackson ‘Jackie’ Ronin.

Plunged into the increasingly bizarre landscape of Cape Town’s supernatural underworld, Baxter and Ronin team up to save Esme. On a journey that takes them through the realms of impossibility, they must face every conceivable nightmare to get her back, including the odd brush with the Apocalypse.

Charlie Human is a denizen of South Africa’s speculative fiction scene. His short story, ‘The Immaculate Particle’, appeared in Pandemonium: Stories of the Apocalypse, and ‘Land of the Blind’ was printed in the UK version of ZOO CITY by Lauren Beukes. He has an MA in Creative Writing from the University of Cape Town.

“The concise pitch for Charlie Human's gonzo novel Apocalypse Now Now would probably read "supernatural bounty hunter." The longer description would have to include worlds like weird, kitchen sink, and audacious” - Kirkus

“Without a doubt the strangest and most compelling story I have ever read.” - Geek Hard

"Human cuts to the quick. I was very happy to see the action flow nicely and quickly, buy the end of this book I was surprised at just how much activity Human had crammed into this not too weighty book." - Pop Cults