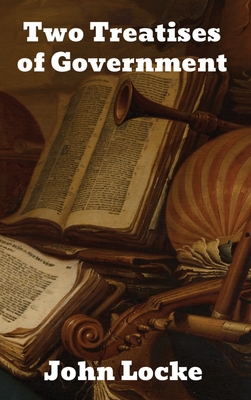 Two Treatises of Government (or Two Treatises of Government: In the Former, The False Principles, and Foundation of Sir Robert Filmer, and His Followers, Are Detected and Overthrown. The Latter Is an Essay Concerning The True Original, Extent, and End of Civil Government) is a work of political philosophy published anonymously in 1689 by John Locke. The First Treatise attacks patriarchalism in the form of sentence-by-sentence refutation of Robert Filmer's Patriarcha, while the Second Treatise outlines Locke's ideas for a more civilized society based on natural rights and contract theory. This publication contrasts former political works by Locke himself.

In Two Tracts on Government, written in 1660, Locke defends a very conservative position; however Locke never published it. In 1669 Locke co-authored the Fundamental Constitutions of Carolina, which endorses aristocracy, slavery and serfdom. King James II of England (VII of Scotland) was overthrown in 1688 by a union of Parliamentarians and the stadtholder of the Dutch Republic William III of Oranje-Nassau (William of Orange), who as a result ascended the English throne as William III of England. This is known as the Glorious Revolution, also called the Revolution of 1688. Locke claims in the "Preface" to the Two Treatises that its purpose is to justify William III's ascension to the throne, though Peter Laslett suggests that the bulk of the writing was instead completed between 1679-1680 (and subsequently revised until Locke was driven into exile in 1683). 4] According to Laslett, Locke was writing his Two Treatises during the Exclusion Crisis, which attempted to prevent James II from ever taking the throne in the first place. Anthony Ashley-Cooper, 1st Earl of Shaftesbury, Locke's mentor, patron and friend, introduced the bill, but it was ultimately unsuccessful. Richard Ashcraft, following in Laslett's suggestion that the Two Treatises were written before the Revolution, objected that Shaftesbury's party did not advocate revolution during the Exclusion Crisis. He suggests that they are instead better associated with the revolutionary conspiracies that swirled around what would come to be known as the Rye House Plot