Out of the Night (Paperback) 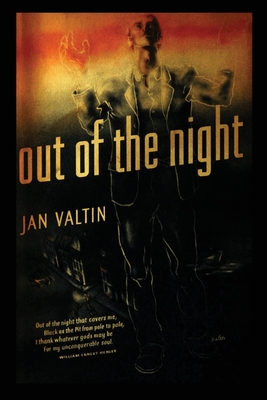 A bestseller in 1941, selected by the Book of the Month Club for a special edition and described by Book of the Month Club News as: ". . . full of sensational revelations and interspersed with episodes of daring, of desperate conflict, of torture, and of ruthless conspiracy . . . It is, first of all, an autobiography the like of which has seldom been."

The son of a seafaring father, Richard Julius Herman Krebs, a.k.a. Jan Valtin, came of age as a bicycle messenger during a maritime rebellion. His life as an intimate insider account of the dramatic events of 1920's and 1930s, where he rose both within the ranks of the Communist Party and on the Gestapo hit list. Known for his honesty and incredible memory, Krebs dedicated his life to the Communist Party, rising to a position as head of maritime, organizing worldwide for the Comintern, only to flee the Party and Europe to evade his own comrade's attempts to kill him. As a professional revolutionary, agitator, spy and would-be assassin, Krebs traveled the globe from Germany to China, India to Sierra Leon, Moscow to the United States where a botched assassination attempt landed him a stint in San Quentin.

From his spellbinding account of artful deception to gain release from a Nazi prison and his work as a double-agent within the Gestapo, to his vivid depiction of a Communist Party fraught with intrigue and subterfuge, Krebs gives an unflinching portrayal of the internal machinations of both parties.

Writing at age 36 under the name Jan Valtin, Krebs lays bare a young life filled with idealism and devotion--disillusionment and loss--in a world full of revolutionary promise gone immeasurably wrong.

"An exciting, real book without a trace of unnecessary melodrama."--H.G.Wells