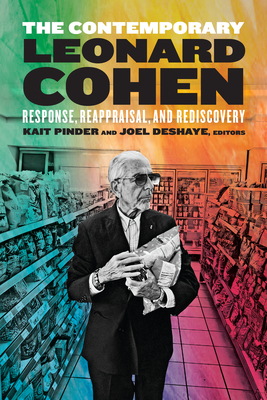 The Contemporary Leonard Cohen is an exciting new study that offers an original explanation of Leonard Cohen's staying power and his various positions in music, literature, and art.

The death of Leonard Cohen received media attention across the globe, and this international star remains dear to the hearts of many fans. This book examines the diversity of Cohen's art in the wake of his death, positioning him as a contemporary, multi-media artist whose career was framed by the twentieth-century and neoliberal contexts of its production. The authors borrow the idea of "the contemporary" especially from philosophy and art history, applying it to Cohen for the first time--not only to the drawings that he included in some of his books but also to his songs, poems, and novels. This idea helps us to understand Cohen's techniques after his postmodern experiments with poems and novels in the 1960s and 1970s. It also helps us to see how his most recent songs, poems, and drawings developed out of that earlier material, including earlier connections to other writers and musicians.

Philosophically, "the contemporary" also sounds out the deep feelings that Cohen's work still generates in readers and listeners. Whether these feelings are spiritual or secular, sincere or ironic, we get them partly from the sense of timeliness and the sense of timelessness in Cohen's lyrics and images, which speak to our own lives and times, our own struggles and survival. From a set of international collaborators, The Contemporary Leonard Cohen delivers an appreciative but critical examination of one of our dark luminaries.