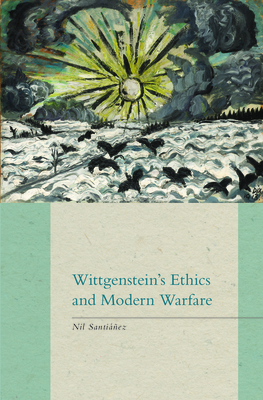 This original and insightful book establishes a reciprocal relationship between Ludwig Wittgenstein's notion of ethics and the experience of war. It puts forth an interpretation of Wittgenstein's early moral philosophy that relates it to the philosopher's own war experience and applies Wittgenstein's ethics of silence to analyze the ethical dimension of literary and artistic representations of the Great War.

In a compelling book-length essay, the author contends that the emphasis on "unsayability" in Wittgenstein's concept of ethics is a valuable tool for studying the ethical silences embedded in key cultural works reflecting on the Great War produced by Mary Borden, Ellen N. La Motte, Georges Duhamel, Leonhard Frank, Ernst Friedrich, and Joe Sacco. Exploring their works through the lens of Wittgenstein's moral philosophy, this book pays particular attention to their suggestion of an ethics of war and peace by indirect means, such as prose poetry, spatial form, collage, symbolism, and expressionism.

This cultural study reveals new connections between Wittgenstein's philosophy, his experience during the First World War, and the cultural artifacts produced in its aftermath. By intertwining ethical reflection and textual analysis, Wittgenstein's Ethics and Modern Warfare aspires to place Wittgenstein's moral philosophy at the centre of discussions on war, literature, and the arts.