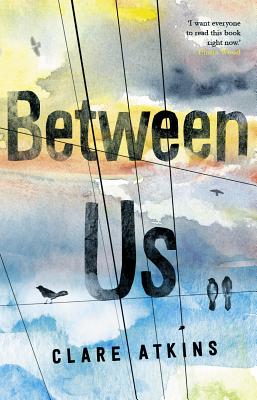 Between Us is the story of two teenagers - Jono and Anahita - falling in love for the first time. There's just one thing standing between them: twenty kilometres of barbed wire fence. Anahita lives in the Wickham Point Immigration Detention Centre, where asylum seekers are detained while they wait to be 'processed' by the Australian government.

The two teenagers meet at Darwin High School. Anahita travels from Wickham Point to school each day, passing through metal detectors, checkpoints and enduring multiple roll calls on the detention centre bus. Jono has no idea about any of this. All he knows is that there's a beautiful new girl with dark eyes, who keeps looking over in his direction ... is it possible she likes him?

Between Us is a playful and bittersweet novel about starting a new romance with someone whose life circumstances are miles from yours. Jono is athletic, musical and self-assured. He sees himself as 100% Australian, despite his Vietnamese heritage. He's had girls keen on him before and hasn't been interested ... but Anahita is different. He doesn't know that she lives in a three by three metre room with her mother, and shares a bunk bed with her younger brother. He doesn't know that she has to participate in activities to earn credits to buy a phone card to call him for half an hour. Or that she's allocated an hour of internet time a day, with guards patrolling behind her to make sure she's only doing homework. And she doesn't want to tell him either. She wants to try to maintain the feeling of having something special, something secret, between them. It's one area of her life in which she can pretend to be relatively normal ... but for how long?