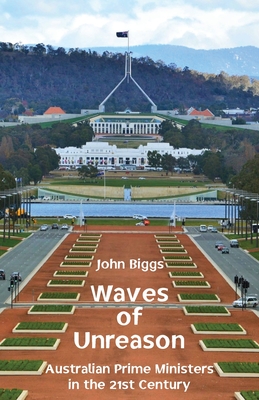 'This book illustrates just how destructive neoliberalism has been to ordinary citizens, and how the two-party system has been corrupted by greedy politicians who have placed their own and corporate interests above those of the people they are supposed to be representing. Biggs writes clearly and convincingly. I thoroughly recommend Waves of Unreason to anyone interested in the state of current politics in Australia - and that includes politicians.' - The Hon. Andrew Wilkie MLA

'This is an important book. It restates so very many obvious truths. Chief among them that neoliberalism, the predominant philosophy of recent (largely white) Western humankind, is stuffed. It is a false path...doomed. John Biggs makes this point very powerfully. He details how the drift to neoliberalism received a huge impetus under a "socialist" Labor government during the Hawke-Keating era. We have been sliding backwards ever since, no more exemplified than during the Abbott government, and if Australia continues along the path of neoliberalism, the immense divide between the Haves and the Have-nots will inexorably increase. Pray we do not...' - Lindsay Tuffin, long-time journalist and news editor, founder and editor of tasmaniantimes.com