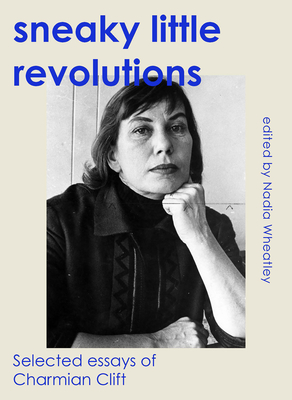 ‘I know it’s a daring suggestion, but I’ll make it anyway.’ Charmian Clift was a writer ahead of her time. Lyrical and fearless, her essays seamlessly wove the personal and the political. In 1964, Charmian Clift and her husband George Johnston returned to Australia after living and writing for many years in the cosmopolitan community of artists on the Greek island of Hydra. Back in Sydney, Clift found her opinions were far more progressive than those of many of her fellow Australians. This new edition of Charmian Clift’s essays, selected and introduced by her biographer Nadia Wheatley, is drawn from the weekly newspaper column Clift wrote through the turbulent and transformative years of the 1960s. In these ‘sneaky little revolutions,’ as Clift once called them, she supported the rights of women and migrants, called for social justice for Aboriginal and Torres Strait Islander people, opposed conscription and the war in Vietnam, acknowledged Australia’s role in the Asia-Pacific, fought censorship, called for an Australian film industry—and much more. In doing so, she set a new benchmark for the form of the essay in Australian literature.

Nadia Wheatley is the author of The Life and Myth of Charmian Clift. Described by critic Peter Craven as ‘one of the greatest Australian biographies,’ this was the Age Non-Fiction Book of the Year, 2001 and won the NSW Premier’s Australian History Prize (2002). After twenty years it remains the classic account of the life and work of this transformational Australian writer. Nadia Wheatley’s other works include the award-winning memoir Her Mother’s Daughter. Her most recent book, Radicals – Remembering the Sixties, written in partnership with Meredith Burgmann was published by NewSouth in 2021. Charmian Clift was born in the coastal town of Kiama, New South Wales, on 31 August 1923. Fleeing the political claustrophobia of Australia under the Menzies government, in 1952 Charmian headed to London. Two years later, they escaped even further, to the Greek islands, where over the next decade they raised three children and created a legend. During this period, Clift wrote the memoirs, Mermaid Singing and Peel Me A Lotus, and her two novels, Honour’s Mimic and Walk to the Paradise Gardens.

‘My regard for Charmian Clift veers uncomfortably close to veneration, which appals me. The figure of Clift as a messy morality tale about what happens when you run off to be a writer comes at the expense of the work she produced, which is to the contrary searing in its clarity. This collection is a reminder of the work behind the legend: her bent, her conviction, and her cool. And the sentences! Clift’s essays evince an ardent attention to life in all its vagaries, which is really the most a person can give.’ —Ellena Savage, author of Blueberries

‘When I first stumbled on Clift’s essays, twenty or more years ago, these trashy essays written for a disposable occasion seemed to me to have more lightning and quicksilver, more brilliance and more skill of execution, than any Australian writing other than the great novels of Patrick White and Christina Stead.’ —Peter Craven, Sydney Morning Herald

‘Charmian Clift was ahead of her time and yet also representative of them. Her essays are a fascinating, thoughtful – sometimes judgemental, sometimes lyrical – window into an Australia on the brink of change. Whether you always agree with her opinions or not, she writes like a dream and her voice is wry, insightful and self-aware. It is lovely to see her gaining the recognition she has long deserved.’ —Jane Caro, Walkley Award winning columnist and author

‘Reading these essays, it’s easy to see why Clift became a cult figure. The chatty, charming and sometimes slightly dippy persona distracts attention just enough from the steely intelligence, the sophisticated sentence structure and the passion for causes that characterise these pieces but might otherwise rather have alarmed her readers … In an era that hadn’t yet thought too much about these things, her columns demonstrated that a woman … could and should be an active citizen of the world.’ —Kerryn Goldsworthy, Australian Book Review


‘From the women’s pages of the Sydney Morning Herald, among advertisements for wrinkle cream and mini-skirts … Clift challenged a complacent society, fashioned a sly and elegant sedition: opposing Vietnam, unmasking materialism, championing equality for women.’ —Mark Tredinnick, The Book Bulletin