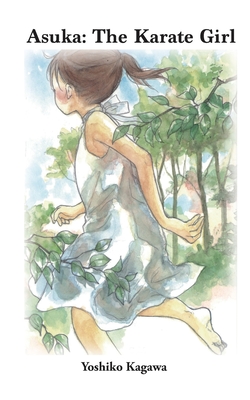 This book contains two stories based on true stories. Both stories teach young readers great character traits of perseverance, compassion, and caring for others. Asuka: the Karate Girl- A story of a girl who learns perseverance and true sportsmanship with a caring mind for opponents. Asuka has been learning Karate since first grade. When Asuka is in the third grade, at the fall championship, she lost to a boy who has just joined her karate dojo (karate gym) in the summer. She is very disappointed and about to give up karate altogether. But then, her Sensei (Karate coach) and her mom encouraged her to overcome the difficulty and unfairness and to grow an unbreakable mind.
Origami Giraffe - A touching story of the relationship between Asuka and her pediatrician. Ever since Asuka met her pediatrician at age of five, she sees the same doctor over several years. At her first visit, the doctor gave her an origami giraffe as an incentive. It gave a young Asuka a great pleasure; however, when she becomes a sixth-grader, something has changed. Through origami giraffe, Asuka learns compassion and caring for others' feelings.