A Study in Terminal (Hardcover) 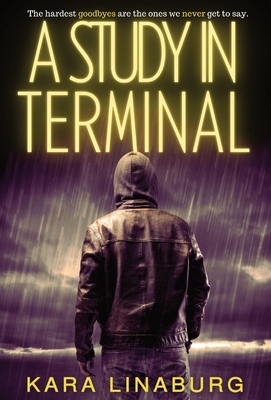 Sean Brogan has spent most of his life running from a past he can never escape. Emotionally abandoned by his alcoholic father and secretly blaming himself for his mother's death, the scars he carries are ones no one can see. On the anniversary of the day that changed his life forever, Sean flees New York City on his 1965 Triumph Bonneville, hoping to face the demons that plague his nightmares.

He plans to slip into the sleepy town of Lake Fort, West Virginia as quietly as he did ten years before, but his life has never gone as planned. Sean never expects to see Rina, the blue-haired sister of his childhood best friend who makes it her mission to rescue the lost things. A hopeful dreamer who sits on the roof and watches the sunset, she represents all the things that he has lost. As Sean spends time in the lakeside town that has haunted his dreams since he was a little boy, he has no choice but to face the pain that he buried from a life cut off too soon. In the blink of an eye, with a gun to his head, Sean is forced to confront what it means to fight for the will to live when your world has gone dark.

An anthem for those of us who have been left behind, A Study in Terminal is a vulnerable story about the human condition that reminds us that to beat your past, you first must turn around and face it.