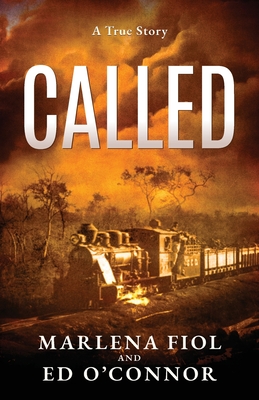 A handsome physician. A devout Mennonite nurse. And an Argentinian activist. Welcome to CALLED...

Against the backdrop of World War II, Nazi uprisings, political unrest in Argentina and Paraguay, and the scourge of leprosy left untreated, Dr. John and Clara Schmidt are called to a life of service in their fight against poverty, stigma, and social injustice.

But at what cost?

Based on true events that span six decades, CALLED is an uplifting and inspirational story of fearless adventure and heroism that celebrates the triumph of the human spirit persevering in the face of fear and rebellious subversion.

Some have a story. They had a mission.

CALLED is an expansive saga that brings to life the extraordinary contributions of two medical pioneers in the wilds of Paraguay. In their fierce determination to save floundering communities across the country, and to battle the stigma and shame of leprosy, John and Clara faced intractable opposition from many fronts: a medical community that rejected their unorthodox and revolutionary practices, governments that threatened imprisonment, and neighboring villagers who vowed to kill them.

Their story provides a living example of fully embracing John's favorite scripture, "Do justice, love mercy, and walk humbly with your God." Micah 6:8.

Readers who enjoyed His Truth is Marching On: John Lewis and the Power of Hope will love CALLED.