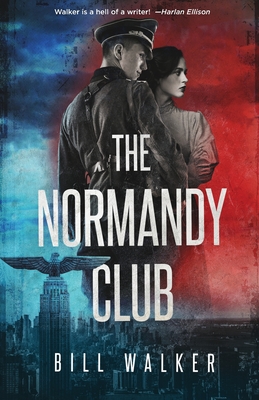 He knows they're plotting to alter the end of World War II. But he's already too late to stop them...

Miami, 1993. Jack Dunham doesn't know if he's gone insane or not. His best friend has assured him the Nine Old Men at their country club are planning to change history by giving Hitler the details of Operation: Overlord. But before he can think what to do, Jack awakens in a Nazi-occupied America.

Unaware at first that anything is wrong, his memories come flooding back. Realizing the "resettlement" of Blacks and Jews is a sham and that LGBTQ folks are next, Jack joins the resistance and falls hard for its beautiful, charismatic leader. But when their headquarters is raided by the Gestapo, they're forced on the run... not just from their home, but through time itself.

Can the brave couple return to 1944 and reset the past before they're wiped from existence?

The Normandy Club is a romantic World War II time travel thriller. If you like fast-paced action, rich period detail, and the eternal battle of good versus evil, then you'll love Bill Walker's nightmare tale.

Buy The Normandy Club to confront the face of darkness today