The Warden's Son: Growing Up at the Idaho State Penitentiary (Paperback) 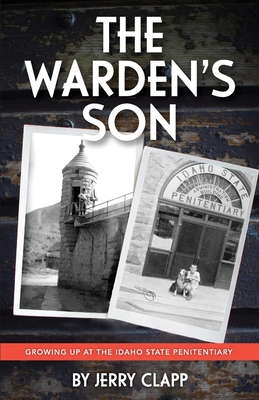 When Jerry Clapp's father became warden of the Idaho State Penitentiary in 1945, the young boy quickly learned the rules and boundaries of roaming one of the most dangerous grounds in the West.

Through his school years, Jerry would become the confidante to many a wild tale from friendly inmates-an old man serving life for multiple assassinations, a beautiful teenager in the women's prison, and an incarcerated war hero who became a lifelong role model.

These are the stories Jerry would tell his grandchildren-from chilling recollections of riots, escapes, and hangings to the profound remembrances of inmates, guards, and the warden. This fascinating "family portrait" truly brings the Old Idaho Penitentiary roaring back to life.