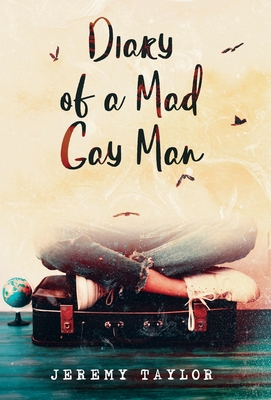 A HILARIOUS LOOK INTO THE LIFE OF A GAY IMMIGRANT, A MILLENNIAL, AND A NEW YORKER.

When Jeremy wakes up on January 1, 2019, his life is off-course. He needs to find a new job, lose weight, and then . . . nothing else matters because what he really wants is a relationship. Why does everyone else seem to be dating but he's still single? It's not like he has a tail, two assholes, or looks like the Elephant Man. He dresses well (from H&M), gives ten percent of his salary to charity (drag queen performers), and exercises regularly (exercises his right to hook up, that is).

He blames the gay community with its high standards and ageism. Everyone wants a rich, young, skinny bitch-so basically his boss. The other day, he chatted with a handsome Broadway actor (note: server), but after Jeremy sent him his pictures the server blocked him. Jeremy blames his pudgy face.

Things only get worse before they get better. Credit card debt, long commute, and lots of social activities. His only escape from life is his diary and martinis.

Diary of a Mad Gay Man is a witty, hilarious, no-holds-barred look at the everyday life of the ultimate New Yorker. He may be jaded and cranky but he's fucking fabulous

WELCOME TO A GAY MAN'S WORLD IN NEW YORK CITY: WHERE YOU MUST BE HOT TO FIND LOVE, YOUNG TO FIND A JOB, AND SKINNY FOR EVERYTHING IN BETWEEN.

Diary of a Mad Gay Man gives us a glimpse into the hardships of a millennial navigating through life in New York City as a broke, single, but hopeful gay man. In the vein of his favorite diarist, Joan Rivers, Taylor offers his funny, no-holds-barred insights and vicious advice on everything-food, clothes, and even Mississippi:

"I'm getting disappointed in New York's restaurant life. Just because I can't afford a Michelin star restaurant, there's no reason I should eat mediocre food. When you smash something green against a plate and serve it, that's not guacamole, that's the fucking Grinch."

"It's indeed hard to please, impress, or upstage New Yorkers. You can show up wearing the highest heels and the sluttiest dress, but a gay boy standing next to you will be even higher and sluttier."

"There are only three things I like about Mississippi: One, the Homochitto National Forest-because I love everything with the word "homo" attached to it. Two, the fact Mississippi is far away from New York. And three, reread the number two."