We Rocked... We Rolled... and We Opened: Marriott Meets the 1989 San Francisco Loma Prieta Earthquake (Paperback) 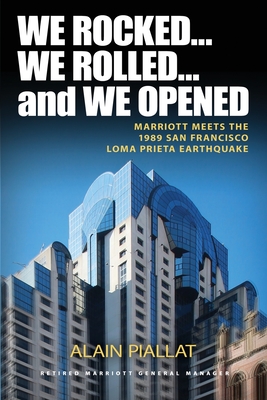 By Alain Paillat
$14.95
Unavailable, Out of Stock, or Out of Print

On October 17, 1989, the San Francisco Marriott, a 1500 room, 39-story hotel officially opened to the public. Coincidentally, it happened to be the day of the 6.9 on the Richter scale, Loma Prieta earthquake and of the third game of the World Series between the San Francisco Giants and the Oakland A's.

Alain Piallat, the opening general manager at the time, recounts what happened that day and has interspersed actual events with a number of fictional situations as it relates to the life of a general manager living in a hotel, alternating the strategic, the serious and the lighthearted.

It is an interesting and fun book to read if one is intrigued by the life of a hotel manager and if one recalls where he or she was on that dramatic day of 1989.