Breaking Point: A Novel of the Battle of Britain (Paperback) 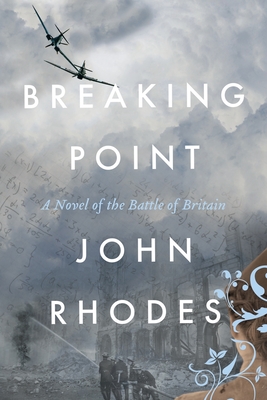 1940, World War II. The Nazis have crushed Europe, and Hitler launches a massive aerial assault with the Luftwaffe against the heavily outnumbered British RAF. The fate of civilization teeters in the balance.

Johnnie Shaux, a Spitfire fighter pilot, must summon up the fortitude to fly into a battle where death is all but inevitable, and continue to do so until the inevitable occurs...

Eleanor Rand, a brilliant Fighter Command mathematician, studies the control room map constantly tracking the ebbs and flows of the conflict, and sees the glimmerings of a radical breakthrough...

Breaking Point is based on actual events in the Battle of Britain. Written with a penetrating historical accuracy of World War II and breathtaking speed, Breaking Point puts you inside the cockpit as the pilots duel to the death, inside RAF Headquarters as the commanders makes their decisions, and inside the lives of young men and women facing one of the great crises in modern history.