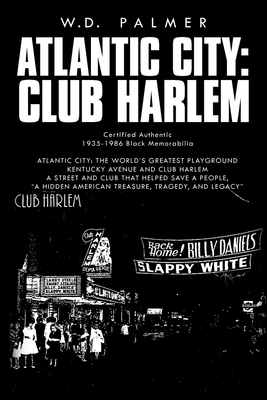 Club Harlem is an exciting anecdote about the historic night club of the same name, once a mid-20th century epicenter of African-American entertainment in Atlantic City, New Jersey. Founded in 1935 by brothers Leroy "Pop" and Cliff Williams, Club Harlem was a retreat from racial discrimination and segregation in the city, a home for African-American musicians, artists, and comedians to display their craft in front of an inclusive community. Its most elaborate production was a revue called Smart Affairs by Larry Steele, which brought dozens of the greatest performers from around the country to the premiere stage of black nightlife that was Club Harlem. This book details the context in which the Club was established, the community it influenced, and the many talented artists it fostered. It also highlights the many other African-American businesses, clubs, and services that thrived in the city before Club Harlem's eventual downfall.