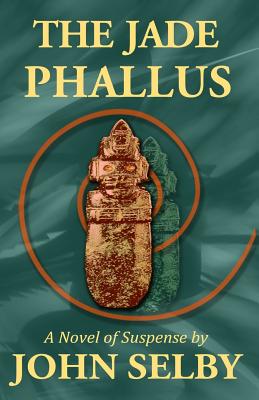 Government watchdogs have failed to detect a Stanford-trained scientist performing illegal brain research on humans. Bernardo Bernhardt believes he's being guided by higher forces to subtly redirect the world's political and economic future. Having coerced CIA operatives into his scheme, he's perfected a computer system to broadcast a fine-tuned spray of microwave frequencies that alter a targeted person's thoughts and emotions - in whatever direction Bernardo chooses.Google's gotten wind of this tech breakthrough and sent out a team to obtain the IP and shut Bernardo down. Meanwhile our hero Jack Hadley stumbles upon the theft of an ancient Mayan phallic statue; the thief happens to be Mahalena Bernhardt, Bernardo's twin sister who's struggling to stop her brother from unleashing his terrorist technology on world leaders. Driven to revenge his father's recent murder, Jack teams with Mahalena as their paths converge - at Bernardo's highland Guatemala lab where a shocking climax awaits the duo. Unleashing seemingly-unstoppable white-collar bad guys on the world, this innovative thriller delivers a provocative, insightful, sexy and prophetic preview of our imminent future.

John Selby is the author of over 30 books published in 12 languages. He grew up on cattle ranches in California and Arizona, and spent a year as an exchange student in South Africa. He then graduated from Princeton University, UC Berkeley, The Graduate Theological Union and the Radix Institute, focusing throughout on the spiritual dimensions of psychological growth. He received a grant from the National Institutes of Health to examine the brain activity of LSD users with EEG documentation. In his twenties John also worked as a song-writer, screen-writer, guitar builder and carpenter. Following a year of adventure and writing in Mexico, he settled in as a therapist in San Luis Obispo. A few years later he drove to Guatemala for another year of exploration - and then wrote an early version of The Jade Phallus story for Warner Books, called Powerpoint. Moving to West Berlin for five years, John continued his therapy work and launched a new phase of his literary career, writing over a dozen books on mindfulness, spiritual growth, sexual intimacy, and inner exploration. Marrying the artist Birgitta Steiner from Bavaria, he returned to Santa Fe, Santa Barbara, and then Kaua, i where he and Birgitta lived for 20 years and raised their two boys. For the last 7 years, they have lived near Santa Cruz where John teamed with Microsoft and Plantronics developing his unique approach to at-work mindfulness programs. He now works independently, promoting his new meditation project called Mindfully High, and also marketing 5 new suspense novels in the Jack Hadley series. He's currently at work on the screenplay versions of thee books, while occasionally ghostwriting intriguing memoirs. For more, please visit his author site at www.johnselby.com.