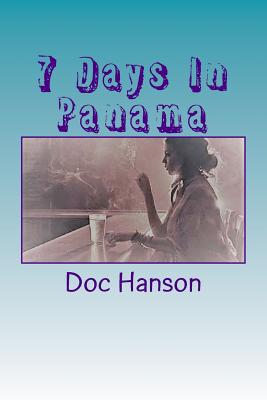 An American reporter finds himself in trouble with the Panamanian Secret Police, Colombian Drug Loads, and the Russian Mafia when he tries to protect a young girl who knows the secret of Naos Island. Two years after the United States Invasion of Panama, America's War on Drugs continues. The U.S. Canal Zone is being turned over to the Panamanian government. American military bases are closing and U.S. troops are leaving the country. Panama, as always, remains a hotbed of espionage and political intrigue where no one is sure who the players are. With the aid of Bobby-Sue, an American State Department representative, and T-Bird, a Canal Zone expatriate, a cash for gold money-laundering scheme orchestrated by General Manual Noriega before the American invasion is uncovered. The trail leads to an old abandon Coastal Gun Battery, a gold merchant known as "The Dwarf," a visit to the notorious Pergola Club and Casino and a CIA agent. After rescuing Corina from Russian gangsters, the team escapes Col n aboard an "Orient Express" train where they hideout in an old Zonie settlement along the Gamboa River. With "Raving" Ralph at the wheel of an old tugboat, a sunken trawler is discovered in the Gulf of Chriqui. All the clues finally come together. The secret of Naos Island is revealed and the real reason for the American Invasion of Panama is exposed.