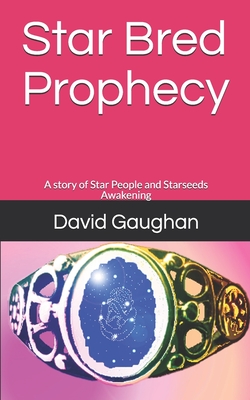 Escalating world changes, a pole shift, extraterrestrial life, multiverse portals, UFO sightings and a time traveler extraterrestrial on Earth - is this thought provoking book fiction or fact? ... That's for you to decide Keywords: extraterrestrial life, thought provoking books, interdimensional travel, spiritual, thought provoking questions, UFOs, metaphysical, new age, prophecy, UFO, extraterrestrial, starseeds, angels, star people, extraterrestrial life. Life circumstances cast friends into a new world of fascinating experiences which, for many, would appear to be unreal. But what is reality? Some might argue that reality is what you experience at the time.It starts with a visitation of a spirit man, seemingly an apparition that later turns out to be a living person. Sightings of UFOs and introductions to seemingly ordinary people who claim to be extraterrestrials living among us might stretch the imagination - but is it possibly real? Again, you decide.Environmental issues, global warming, climate crisis and world changes culminating in the flipping of the poles - is it possible? Can the earth changes result in such an extreme as a magnetic pole shift? Many believe so, and this story presents ideas that may be frightening to some, yet encouraging to others. Can negative thoughts create havoc in our world and do we have the ability to change our destiny through the power of thought and positive affirmations / creative visualization? Is it possible that extraterrestrial races are gathering to help in an evacuation of people if the earth changes become too extreme? Are there extraterrestrials living among us on Earth?Aliens, space beings, extraterrestrials, EBEs, extraterrestrial biological entities, ETs - many of these terms have negative connotations often driven by a fear of the unknown. But is it possible there are friendly benevolent extraterrestrial races visiting our planet, perhaps ones that even seeded life on this planet in eons past? Or is there a mix of positive and negative alien races? If so, where do we fit into all of this?The ideas presented in this thought provoking book, actual life experiences of the players, will challenge your ideas of so-called reality. Is it fiction or fact? ... You decide Excerpt: "So you're saying," she said, trying to bait him, "that there are many people incarnated now who have been famous people on the Earth in the past, and they will remember their true origins when the time is right?""Not necessarily. No ""What?""They're not necessarily all from this planet. There are many who are of extraterrestrial origin."Isa gaped at him."I'm sorry," she said. "You're going to have to explain this a little?""This Earth," he said, "is just a speck in the universe, like a grain of sand on the beach. It's unreasonable to believe that the Earth is the only planet in God's universe that contains life.""I do believe in life on other planets," said Isa. "But what are you saying about extraterrestrials living on Earth as ordinary people?""There are many people on the Earth now who have spent their evolutionary phase on other planets and who are relatively new to this planet.""So why are they here?""Ah Now that is the question," he said, raising his finger in emphasis. He smiled, glancing over at Tex, taking his time to answer."The Earth is poised on the brink of a major change," he said finally. "It's not the first time this has happened. It has happened many times before, every so many thousand years, whenever humankind has misused their environment to the point where the planet cannot cope with the pollution anymore. The Earth is a living entity and whenever it reaches this stage, it simply discards its irritants and starts again.