Not the Usual Sin (Paperback) 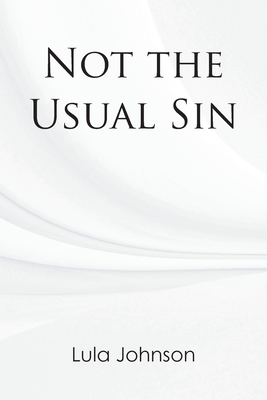 A telltale memoir with a dramatic twist in this nonfiction spiritual saga that was uniquely written from a spiritual perspective other than the natural. Unwind as I attempt the impossible task of describing a spiritual pang that exceeds man's typically natural ability to perceive it. These writings display an account of events that happened in my life as God unveils the truth in reference to the occurrences of those events. These have been recorded by me with the assistance of the Holy Spirit, who has shown me those events from a spiritual perspective.

It unveils the astounding truth as recorded in Ephesian 6:12. It is a book that everyone in the world should read because in it you will see the true God, the creator of the heavens and earth, as you saw him in the Bible. It entails a higher power exceeding beyond man's natural existence.

I was brought into a marriage like one that had taken place over six thousand years ago in the garden as recorded in the book of Genesis. I saw God as I saw him in the Garden of Eden and in the book of Ester. And I have undergone a painful and indescribable spiritual hurt of which Joseph in the Old Testament could relate.

You will see God do an act in my life that was one that he had done in times of old in the life of King David. It openly establishes truth in relation to the living God who is sovereign over the subtotal of his creation, causing skeptics to reconsider their uncertainty relating to God's word.

These writings might prove to be out of the ordinary as the content of these writings is a result of the puppet master pulling the strings behind the scenes while it was all divinely orchestrated for these times.