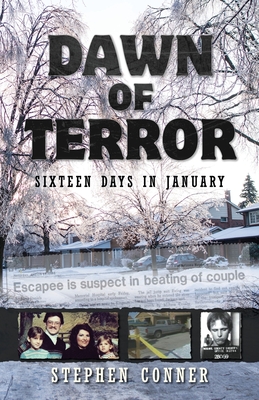 In January of 1984, an emerging, but still quiet, sleepy, bedroom community will be rudely awakened to the to the cruel realities of passionate, indiscriminate and incomprehensible violence. This book is a historical recap of the events that occurred during a brief period of time. It will span three states and thirty - six years, before resolution is reached. It addresses the deadly randomness of victims stalked by a predator, even though they appear to be the low-risk targets in any community. Although authored by someone who eventually attained the "sought-after" title of homicide detective well into his career, this is by no means a know - all, end - all analysis from a law enforcement perspective of the events that occurred in Aurora, Colorado during the first two weeks of 1984. It only scratches the surface of what was experienced, the paralyzing fear it creates, the collateral damage that accompanied those events and the subsequent ripple effect that was left behind in the community throughout the ensuing years. Over time, fear gave way to fascination. Though written by a cold case detective, it is by no means written for current or aspiring cold case investigators. This is just the story, a narrative. There may be contradictions and faded memories that come into play. A journey into a case as well as across the careers of the investigators involved. The field of homicide investigations is so fluid because of changing technology. Being able to adjust, "adapt and overcome" is the situational and professional imperative.