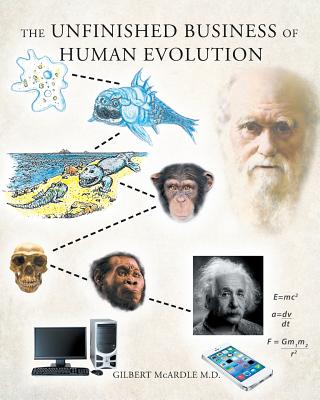 This book is written by Dr. Gilbert McArdle, who is a retired general surgeon. During his surgical practice, he treated numerous disease states in which it appeared that some of these illnesses could possibly be related to unresolved aspects of human evolution: e.g.: recurrent diseases of the spine, hernias, arthritis, etc. Discussions of these various "anomalies of human evolution", so to speak, are presented along with possible suggested evolutionary "corrections", both anatomical and biochemical, of these anomalies. These discussions are prefaced by a brief review of the major historical concepts in the theory of evolution.
Obviously, these personal suggestions and opinions concerning human evolution will be controversial or even unreasonable to evolutionists and those groups or individuals who do not believe in evolution. It should be stated that my intent is not to be offensive to anyone, but merely to present several ideas about evolution that may perhaps stimulate interest in the multiple fascinating scientific aspects of evolution in general and human evolution in particular.