As Gods: A Moral History of the Genetic Age (Compact Disc) 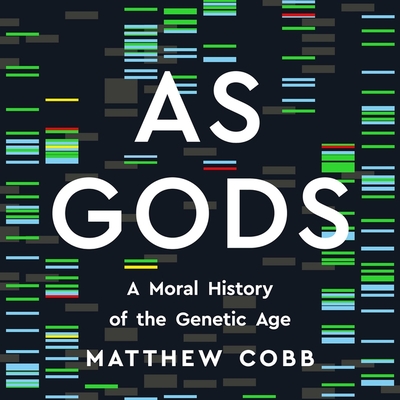 The thrilling and terrifying history of genetic engineering

In 2018, scientists manipulated the DNA of human babies for the first time. As biologist and historian Matthew Cobb shows in As Gods, this achievement was one many scientists have feared from the start of the genetic age. Four times in the last fifty years, geneticists, frightened by their own technology, have called a temporary halt to their experiments. They ought to be frightened: Now we have powers that can target the extinction of pests, change our own genes, or create dangerous new versions of diseases in an attempt to prevent future pandemics. Both awe-inspiring and chilling, As Gods traces the history of genetic engineering, showing that this revolutionary technology is far too important to be left to the scientists. They have the power to change life itself, but should we trust them to keep their ingenuity from producing a hellish reality?