The Women's House of Detention: A Queer History of a Forgotten Prison (Compact Disc) 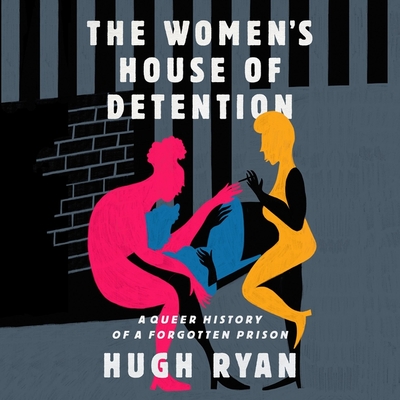 By Hugh Ryan, Janet Metzger (Read by)
$45.00
Unavailable, Out of Stock, or Out of Print

This singular history of a prison, and the queer women and trans people held there, is a window into the policing of queerness and radical politics in the twentieth century.The Women's House of Detention, a landmark that ushered in the modern era of women's imprisonment, is now largely forgotten. But when it stood in New York City's Greenwich Village, from 1929 to 1974, it was a nexus for the tens of thousands of women, transgender men, and gender-nonconforming people who inhabited its crowded cells. Some of these inmates--Angela Davis, Andrea Dworkin, Afeni Shakur--were famous, but the vast majority were incarcerated for the crimes of being poor and improperly feminine. Today, approximately 40 percent of the people in women's prisons identify as queer; in earlier decades, that percentage was almost certainly higher.Historian Hugh Ryan explores the roots of this crisis of queer and trans incarceration, connecting misogyny, racism, state-sanctioned sexual violence, colonialism, sex work, and the failures of prison reform. And he reconstructs the little-known lives of hundreds of incarcerated New Yorkers, making a uniquely queer case for prison abolition in the process. From the lesbian communities forged through the House of D to the turbulent prison riots that presaged Stonewall, this is the story of one building and so much more--the people it caged, the neighborhood it changed, and the resistance it inspired.