The Lion and the Queen I Hope to Be.... (Paperback) 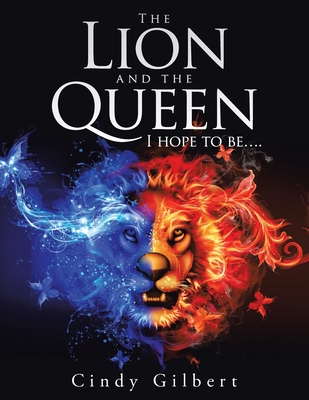 I am Cindy Gilbert. My ancestors come from many different places. I have been told that my family is included in the history books in Nicaragua. My mom Grace and my Dad Benji meet in a Nicaraguan prison during a revolution with the Sandinistas government. My mother Grace was a schoolteacher and municipal of the court of Nicaragua, who was recognized by a previous student of hers and let free. My mother was in a rocky marriage to the vice president's son who had left the country when the revolution began. In prison, a love affair began with my parents as they began to speak to each other in the four doors that enclosed them together. Through the cell walls, they could hear the yelling and screaming of people as they tried to get to safety. In some ways grateful that they were in prison as outside the prison walls churches and houses were being burned down. My mother's only hope, to get to safety was one of my father's daughters who had access to a helicopter to get them out of Nicaragua. Soon after a journey to the United States began as my Father told my mom Grace about a life of opportunity in the United States. With only five dollars in my mom's pocket and no knowledge of the English language, my mother began a new life in her early forties as she began to look for a job in order to raise money to bring all of her children to the United States who were left in Guatemala with her mom and dad my grandparents.