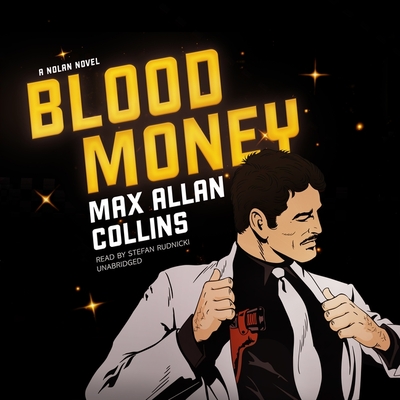 By Max Allan Collins, Claire Bloom (Director), Stefan Rudnicki (Read by)
$29.95
Unavailable, Out of Stock, or Out of Print

This is book number 2 in the Nolan series.

The mob couldn't kill him, the cops couldn't catch him, and even time wouldn't slow him down. Playing dirty isn't Nolan's style ... until he's taken to the cleaners.

Nolan was still alive; his wounds healed and his money was safe--all $800,000 of it. It was Nolan's birthday and he was sitting happy.

Until Planner was killed. Planner was an eccentric antique dealer; Planner had the $800,000 in his safe. But now he was dead and the money was gone.

Caught up in the sizzling crossfire of double-dealing, danger, and death, Nolan was up against the "Family" again. There was only one way out ... Blood Money