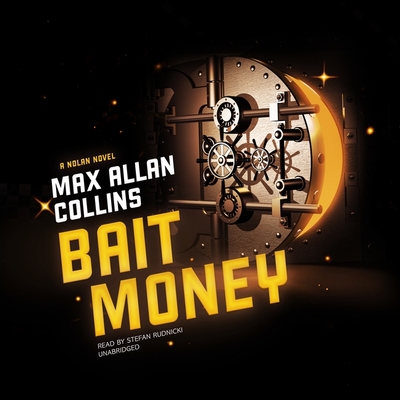 By Max Allan Collins, Claire Bloom (Director), Stefan Rudnicki (Read by)
$19.95
Unavailable, Out of Stock, or Out of Print

This is book number 1 in the Nolan series.

The mob couldn't kill him, the cops couldn't catch him, and even time wouldn't slow him down.

His name's Nolan ... a shrewd, restless tough guy with a talent for theft. With a lifetime of heists under his belt and a bullet in his side, he's ready to retire. And the Mafia's eager to help him along ... permanently. They think he's got a debt to pay--with his life. But after all these years, they might be willing to settle for 100 grand instead.

Nolan's got to pull a bank job to try to save his ass. Trouble is, the only people willing to help him are a kid whose idea of danger comes out of comic books, a punk as green as the grass he smokes, and a sweet young thing who gets her kicks playing one man off another ... and another ...

It's a desperate gamble--for the highest stakes--and Nolan's down to his last chip ...