Peace in Our Time (Paperback) 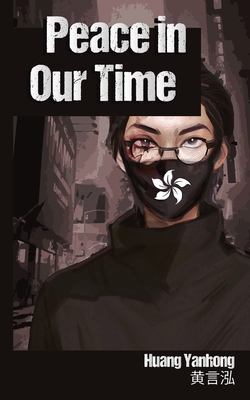 In the heat of protest, Hong Kong activist Kai Ng ( ) is arrested and detained by the Chinese People's Armed Police. Interrogating him is Fu "Frank" Zhong ( ), a hardened officer with a strict dedication to the Communist Party. As Kai is continually denied freedoms and Frank fails to extract the necessary confession to convict, both realize they must either make an effort to compromise or neither will reach their goal.

This novel's story and characters are entirely fictitious and any resemblance to other works is purely coincidental. While set during a real event, albeit a dramatized version of it, every scene is wholly original. Although real people are occasionally referenced, none play a role in the plot, major or minor. Opinions expressed by characters within the story should not be confused with that of the author's, illustrator's, contributors', or any other persons' acknowledged within this book.

Peace in Our Time deals with themes such as personal pride, nationalism, hubris, and tyranny, among others. Some scenes described may not be appropriate for younger audiences.