The Orphan the Nun and the Captain (Paperback) 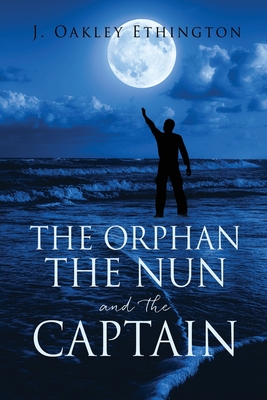 The Orphan is a story of a young man who was cast out of his home and lives in a city park for a period of time. This is followed by being found by a Nun who cared for him for years. He wondered if he had fallen in love with her but they are separated by unusual circumstances. After he attempted to become a priest, he began to search for life's meaning. Life takes him to some horrific, fantastic, and sometimes wild adventures. Toward the end of the book there is an explosive event that helps him to begin pull together all that he has wanted in his heart. Love, romance, and his dreams begin to evolve into God's true purpose. From a young age the author has leaned toward being creative. Some of this could be attributed to his hearing impairment. He says, "Not hearing well forced me to get to know what people were really thinking. I would read their lips and at times I would write about the stories that I believed they would tell if they had the courage." He was determined to learn all he could while living with limitations. Occasionally writing poetry and short stories during his lifetime, he learned to operate and repair heavy equipment, run a business, create, build, continue his education and all of this while raising a family with his wife, Sharyn. Jim and his wife ministered to small churches beginning in 1990. After fifty years of marriage he began to write again, just as he had done in his college years. There has been nothing more gratifying to him than writing hundreds of poems, meditations, a biographical booklet about a persecuted Christian and now his first fiction relating the many emotional experiences that both he and others have lived. Look for his next book, Blue Mushrooms (discovering life).