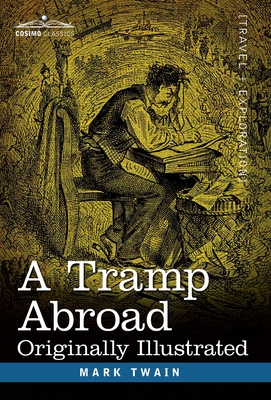 A Tramp Abroad (1880), by Mark Twain, is about his travels with his friend Joseph Twichell through the German Black Forest, the Swiss Alps, and Italy. The storyteller, Twain, acts as a typical American tourist of the time touring Europe, believing that he understands the continent when in reality he doesn't at all.

This jacketed hardcover replica of the original 1880 edition of A Tramp Abroad, containing 328 illustrations by several artists, including True W. Williams, Walter Francis Brown, Benjamin Henry Day, William Wallace Denslow and also Mark Twain himself, offers a very amusing read even one hundred and twenty years after its initial publication.