A Rock in the Clouds: A Life Revisited (Hardcover) 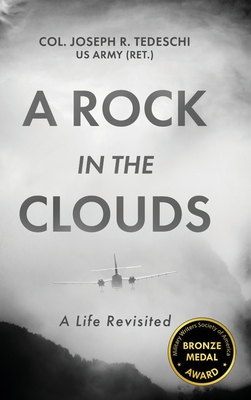 "On 4 October 1966, a C7-A Caribou airplane flying through blinding cloud cover crashed into Hon Cong Mountain near the base camp of the 1st Air Cavalry Division at An Khe. There were thirty-one people aboard the aircraft, an air crew of four along with twenty-seven passengers. Thirteen people died in the crash. I was one of the survivors."

Joe Tedeschi lives his experience with you in A Rock in the Clouds. Taking you through the life events that led to that fateful day, he describes the horror of the crash and relates the aftermath of recovering from his injuries and continuing his life as a career Army officer. As his journey reveals his faith-based purpose and destiny, he hopes to bring hope and inspiration to other Vietnam-era veterans, their families, and people of faith.