Aesthetics After Darwin: The Multiple Origins and Functions of the Arts (Hardcover) 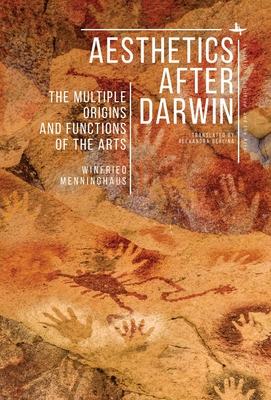 Darwin famously proposed that sexual competition and courtship is (or at least was) the driving force of "art" production not only in animals, but also in humans. The present book is the first to reveal that Darwin's hypothesis, rather than amounting to a full-blown antidote to the humanist tradition, is actually strongly informed both by classical rhetoric and by English and German philosophical aesthetics, thereby Darwin's theory far richer and more interesting for the understanding of poetry and song.

The book also discusses how the three most discussed hypothetical functions of the human arts--competition for attention and (loving) acceptance, social cooperation, and self-enhancement--are not mutually exclusive, but can well be conceived of as different aspects of the same processes of producing and responding to the arts.

Finally, reviewing the current state of archeological findings, the book advocates a new hypothesis on the multiple origins of the human arts, posing that they arose as new variants of human behavior, when three ancient and largely independent adaptions--sensory and sexual selection-driven biases regarding visual and auditory beauty, play behavior, and technology--joined forces with, and were transformed by, the human capacities for symbolic cognition and language.

Winfried Menninghaus is Director of the Department of Language and Literature at the Max Planck Institute for Empirical Aesthetics (Frankfurt) and Member of the Berlin-Brandenburg Academy of Sciences. His empirical, evolutionary, and philosophical work on aesthetics has a special focus on the nature and the emotional effects of poetic language.