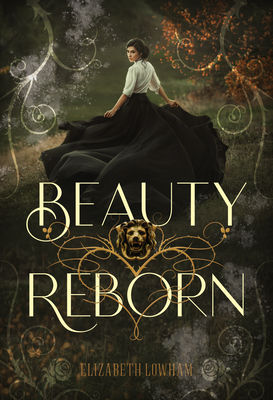 Fantasy and reality collide in this retelling of Beauty and the Beast about a young woman's heroic quest to save herself. Yes, I went to the woods to save my father. But I also went hoping I would be eaten by the Beast. Because I didn't think anything else could save me. Beauty's life is the stuff of fairy tales. The youngest in her family, Beauty isn't trying to catch Stephan's eye. He is the lord baron's heir, well above her family's modest station, but when he kisses her hand at a party, Beauty is swept away by his charm, his wit, and his passionate declarations of love. Hearts can be untamable creatures, especially when touched by the fires of first love, and Beauty doesn't see the truth of Stephan's intentions until it is too late. Until he stops asking for Beauty's love--and simply takes it from her one night despite her refusal. Beauty locks away the secret of what happened to her, and when her father emerges from the enchanted forest with a stolen rose in his hand and the tale of a vicious beast on his breath, Beauty seizes the chance to run as far from Stephan as possible. She has some experience with beasts, after all. Certainly the one in the forest couldn't be any worse than the one she's already encountered. Breaking the Beast's curse might be the key to discovering her own path to healing--and finding the courage to allow herself to feel reborn.

Elizabeth Lowham dreams of a future house that is seventy-percent library with at least three lavish window seats. Her reality is five bookshelves and a rocking chair, which isn't so bad. Apart from reading and writing, her hobbies include sewing, sketching, dancing, eating, and other -ing verbs. Plus yoga. She has a bachelor of arts in English and works as an author, editor, and solicited screenwriter. She is a sexual abuse survivor who believes stories have a unique power to lift and heal for author and reader alike. She lives with her husband and son in the Loveland area of Colorado.