The Enemy We Face (Paperback) 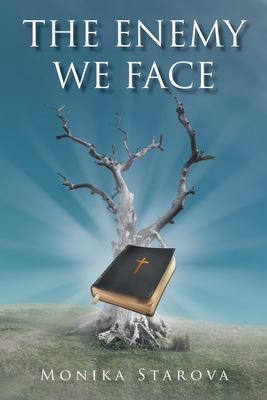 I wrote this book in order to present to the newborn believers and also people that are looking for God for help and to know him the importance of knowing the enemies, spirits invisible being in our life as well as the importance of the deliverance in the healing of human body, soul, will, and mind. Devil and his demons (evil spirits), I have to remind you that demons are spiritual beings, fallen evil angels in earth from heavens in one part and the other part they are evil disembodied spirits, spirits of the giant Nephilim and their offspring from the flood of Noah. Many believers do not talk much about him. They like to be covered in darkness and be unknown. I believe we have to respect Satan as Dr. David Jeremiah said, but when the demons, evil spirits attack us, our sister and brother in Christ, also nonbelievers, we have to know to localize them and cast them out. Jesus, during all his life in his ministry, cast out demons, evil spirits. He delivered and healed people from all kinds of weak spirits that caused bondage to humanity because of their habitation in human body. Evil spirits like to invade human body. They live under a strong man which is leader and are in group. Imagine a tree with his branches. The root of the tree and his trunk, the strong man, the main demon that keep in bondage in yoke the human being, and under his dominion are other gangs of demon that are branches, so group of branches.

It makes me feel bad when many believers ignore the devil and demons we have won the battle in Lord. Yes, Christ won the battle in the cross. We are victorious on him, but if we do not know where the enemy comes from, the evil spirits, their name, and we do not cast out, even the believers can live under sickness, under yoke, because of the ignorance and no knowledge. That's what the devil wants. He hides and makes us feel even we do not exist. He put lies to us that he is not present at all. The reality or fact is that demons are everywhere in our earth as spiritual being without body, but also human being serving Satan such wizards, soothsayers, warlocks, witch doctors, necromancer, fortune-teller, sorcerers, they are everywhere. During the ministry in earth, Lord Jesus Christ always exposed and revealed the demons by names attached to people. Paul and Peter, too, after Christ exposed the enemies, demons by their names. We see this in Matthew 8:28-34 when he cast out thousands of demons from demon-possessed man, the demons exposed themselves saying their names: Legion. Also in Luke 11:14, when he cast out the demon and mute man spoke. In Matthew 8:16, the Lord cast out evil spirit of demon-possessed man (Luke 4:41). When the Lord was casting out demons and demons were shouting, they exposed themselves with voices. They knew Jesus was the Christ, the God with Word and healed all who were ill. So we see, the casting out of demons is connecting with healing during the time of Jesus, and today, also we can see the casting out of demons with the healing in New Testament in this in Galatians 3:10, when Paul says to Galatians people of the church how they had been bewitched being in darkness. Also in Acts 8:9-24, when the sorcerer Simon was exposed. Also the case of exposition of fortune-teller woman in Acts 16:16-18 when Paul exposed her. Also in Acts 13:11-12 where the false prophet Bar Jezu was exposed, revealed the sorcerer that was trying to put preconsul Segius Paulus away from faith in Christ. So Paul revealed him and struck him with Word of God and he became blind.

We see this in the ministry of Apostle Peter. After the death of Jesus Christ, Peter cast out many demons to many people. He cast out demons with Jesus's ministry but also after Jesus's ministry and a lot of healing and deliverance took place instantly.