Murder at the Palace (Hardcover) 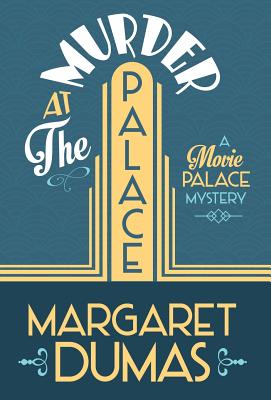 When Nora Paige's movie-star husband leaves her for his latest co-star, she flees Hollywood to take refuge in San Francisco at the Palace, a historic movie theater that shows the classic films she loves. There she finds a band of misfit film buffs who care about movies (almost) as much as she does.

She also finds some shady financial dealings and the body of a murdered stranger.

Oh, and then there's Trixie, the lively ghost of a 1930's usherette who appears only to Nora and has a lot to catch up on. With the help of her new ghostly friend, can Nora catch the killer before there's another murder at the Palace?

MURDER AT THE PALACE by Margaret Dumas A Henery Press Mystery. If you like one, you'll probably like them all.