Traces of the Ann Arbor Railroad (America Through Time) (Paperback) 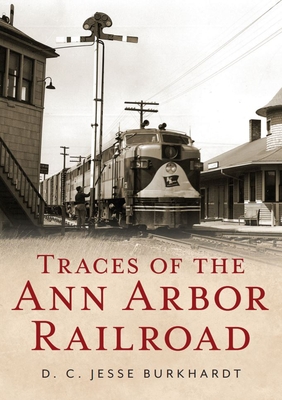 Featuring 150 photographs, maps, and postcards, Traces of the Ann Arbor Railroad chronicles vital aspects of this unique railroad's history, with a primary focus on what has transpired from the 1960s to 2020.

The book's pages reflect on the years (1963-1973) the Detroit, Toledo & Ironton controlled the Ann Arbor Railroad, which served shippers along a 292-mile mainline almost entirely in Michigan (the AA operated several miles in northern Ohio); the demise of the AA's Lake Michigan car ferries; the new carriers that have sprung up to handle operations on the former Ann Arbor line in the wake of the company's bankruptcy in 1973; the disposition of the fleet of ten new GP35s that were delivered to the Ann Arbor direct from the factory in 1964; and the new Ann Arbor, a shortline operating between Ann Arbor, Michigan, and Toledo, Ohio, that was created out of the remains of the old Annie. The final chapter highlights the 22-mile Betsie Valley Trail between Elberta-Frankfort and Thompsonville, a rails-to-trails corridor that opened in 2005 along an abandoned segment of the historic Ann Arbor Railroad.